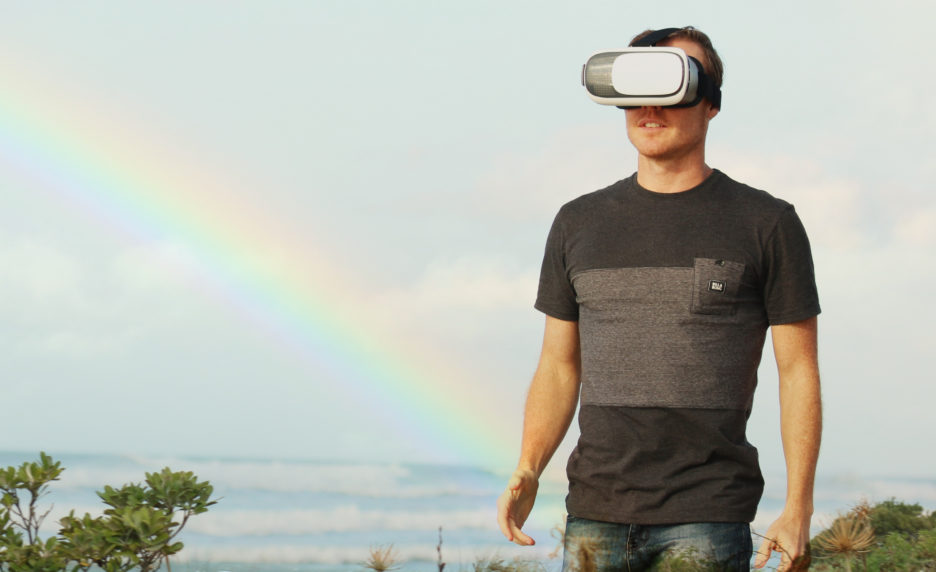 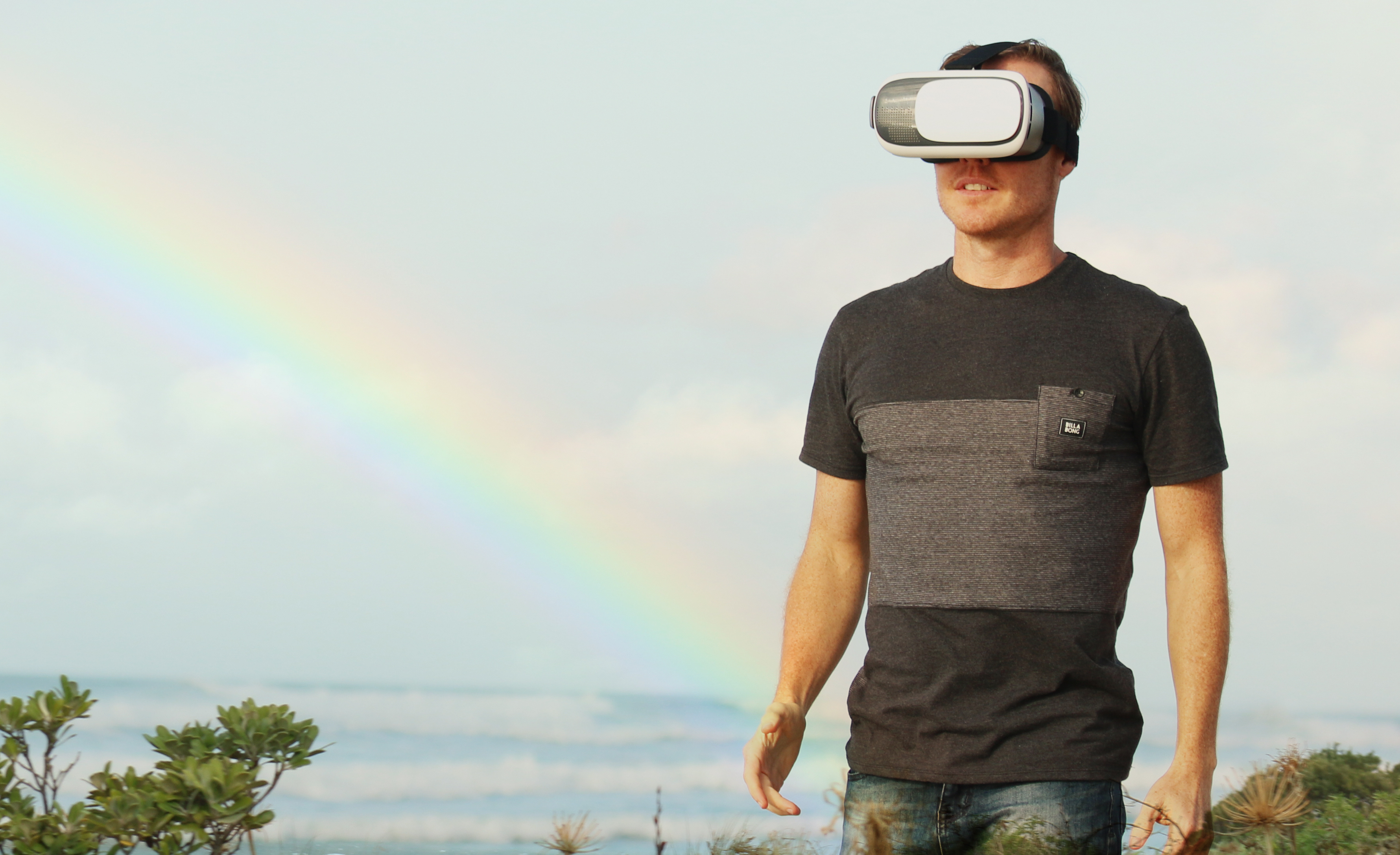 People often ask me what’s the next big thing in apps. Sometimes they hesitate asking, like they’re not sure you can really predict the future in this space.

But you really can see trends as they’re coming down the pike. Virtual reality and augmented reality are 2 of the big ones you’re going to see in the next few years.

These new technologies are already gaining ground in the app space, but you might not have noticed because it’s not obvious and nobody’s waving a giant flag in your face about it … yet.

Virtual reality: this is a computer generated simulation or recreation of real life in an enclosed environment.

Did you catch 2014’s trailer for the game Silent Hills? If so, you saw a great example of VR. Players use an Oculus Rift headset so you really feel like you’re trapped in a haunted house. (Warning: obviously, the trailer’s intense. I couldn’t finish watching it.)

Augmented reality: this is technology that adds computer-enhanced layers (like sound or video) to an already existing reality. For example, Pokemon Go uses AR so you can find a pokemon in your house.

Fact is, you’re probably already using VR and AR and don’t even notice. Right now, we’re using these technologies to fly drones, translate street signs from a foreign language, and activate ads featured on mall kiosks as you walk by.

Here’s two ways VR and AR are going to revolutionize your life in the next five to ten years:

Remember that moment in the Matrix where Neo learns how to fight from just a few minutes hooked into a simulator?

Those days aren’t too far off. Your brain can’t distinguish between “real” reality and its virtual counterpart. So when you train inside a simulation, as far as your brain and muscle memory are concerned, you’re really learning these new skills.

This makes VR an incredible way to train in a whole bunch of areas, from martial arts to disaster prevention.

The US military’s been using VR for years to train its soldiers (and treat them for PTSD). And recently, I spent 30 minutes training in a VR boxing simulation and picked up 3 different boxing moves.

Travel the world without leaving your home

In many respects, this technology is a great equalizer. You no longer need to be rich to see the world. Want to see the Grand Canyon or the Pyramids? Just use VR!

Because VR can literally recreate anything, it’s awesome for entertainment. IMAX is now using VR for their movies. So are theme parks like SeaWorld.

It’s so easy, even my grandparents loved it 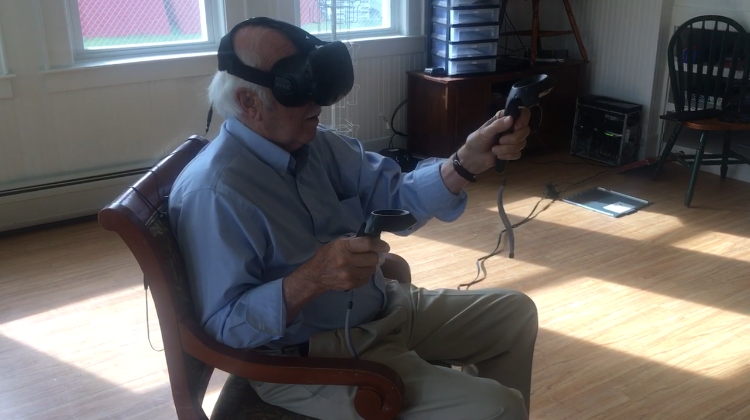 My grandpa is 88 years old, still pays for everything in cash, and never played a video game in his entire life.

… Until last year, when I brought a VR system home to Vermont and let my grandparents play with it. For the first time in their lives, they got to experience the ocean and go scuba diving. 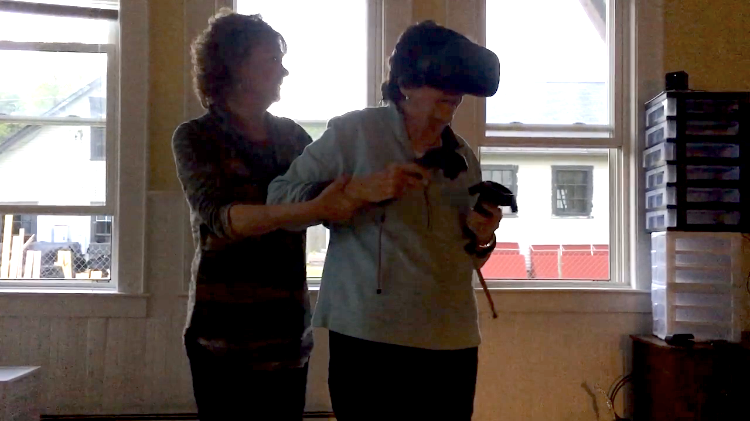 The nice thing about VR and AR is, these technologies are so intuitive. You don’t need any additional skills at all. Just put on a headset and get started.

Big companies know VR and AR are the wave of the future. So no surprise, they’re throwing a lot of money into this space.

And you’re also seeing more companies specializing in this technology, like Magic Leap and Vive.

Apple even got a patent for AR on the iPhone!

We haven’t yet hit the threshold with this technology. Right now, everybody’s just throwing money into it. It’s not like you can find a VR developer on Upwork yet. But I predict that once Apple lets this technology hit, you’ll see it take off quickly everywhere else, including in the app market.

Remember, apps took a few years to gain traction too. Then, suddenly, they seemed to explode overnight.

It wasn’t overnight! You were looking at the result of YEARS of quietly building behind the scenes. VR and AR will be no different. Their explosion will seem very sudden.

So, how do you prepare for a future with these technologies? Well, for one thing …

Start learning everything you can about them!

I haven’t created any virtual reality apps … yet.

But you can bet I’m studying everything I can about them so I can prepare for the day when VR explodes onto the app scene. Because I already know it’s coming.

The reason I was able to clean up with apps was because I spent weeks in a hospital bed downloading apps, playing with them, and getting to deeply understand them. I became a student of apps, which helped me become a master of the market.

Right now, I’m doing that all over again for VR … going to conferences, looking at VR apps, and reading up on the technology.

I suggest you do the same. This way when it finally drops, you’ll be ready and able to hit the ground running.