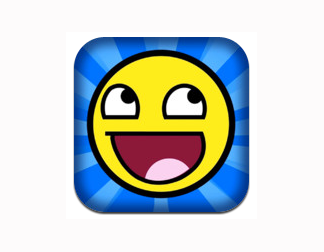 Back in April, I had the privilege of being featured on Tim Ferriss’ 4HWW blog. We received a ton of positive emails about that post and I was honored to hear so many stories from people who’d made the leap to become “appreneurs.”

Some of you may remember that we attached a contest to the post, where readers who submitted their app ideas were eligible to win $5,000 USD for development expenses, along with extensive mentoring from myself and the App Empire team.

The winner of the contest — out of 600+ submissions — was Alex Kourkoulas with his “meme” photo app concept: Memer.

After a couple months of hard work, Alex has successfully released Memer into the App Store. It was a pleasure working with him, and we’re excited to see what he does next!

In this post, Alex opens up about his lessons learned during the making of his first app…

I am a self-confessed geek. Not in the conventional sense of loving Star Wars and Doctor Who (though I do appreciate them), but in the sense that I get terribly excited about things that most people either don’t care about or consider too complex to get involved with.

This is why I studied Neuroscience. Finding out how brains work is still one of the most exciting things I can think of. This is also why I decided to make apps. We are at a point where the amazing gadgetry that we watched in our favourite science fiction shows actually exist. We are all walking around with an extremely portable computer and communication device. For all intents and purposes, this is the future and we get to decide what it does.

That’s what apps are to me. I was and still am enthralled by the awesomeness of carrying around something as powerful as a smartphone which only a few decades ago would take up a whole room. Unfortunately, before I really knew what the process of developing apps really was like, I felt it was impenetrable. From the outside in, it looks incredibly daunting.

The best way to change this perception is to have someone on the inside tell you what it’s really like and help you along. My friends on the inside were Chad Mureta, Charlie Hoehn, and Alexandra Canedo.

Chad’s story inspired me to find out more about apps and to start developing my own. That’s how I decided to submit my app idea for the competition on Tim Ferriss’ blog. I knew I had a good idea and, after following Chad’s advice on researching the market, I knew it could be successful.

Much to my surprise, Chad selected my idea as the winner!

Having my idea validated changed my perspective completely. To realize that the app world was not beyond my grasp, that it wasn’t an exclusive club… In hindsight, simply winning the contest may have been my most important step.

Working with Charlie Hoehn was a treat. He helped design the UX for Memer. Designing an app is a tedious but great learning experience, and I strongly recommend finding an experienced designer to help you develop your app. Laying out what you want your app to do in visual form is far more important than I initially thought.

I put together a pretty detailed design when we first started, but soon found out that there is no such thing as “too much detail.” We ended up scrapping my first draft and redesigning the app from the ground up.

Here are a few before / after shots from the redesign: 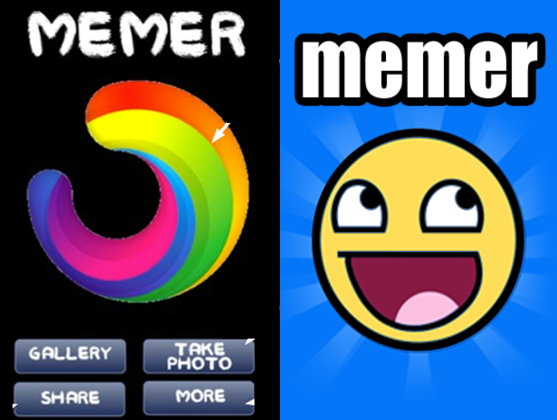 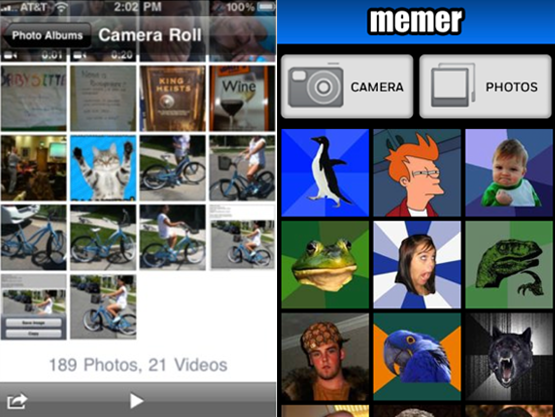 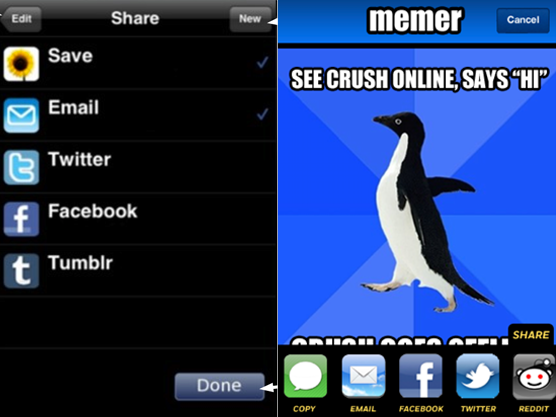 There is no danger of giving your developer too much information about how you want your app to work. You can, however, give your developer too little to work with, which typically causes miscommunication and delays. I truly cannot overemphasize the importance of a thorough design.

Finding a developer was an awkward experience for me, mainly because I’ve never interviewed or hired anyone for a job. I have always been on the other side of that interaction. But even with no experience, I was able to pull it off by following Chad’s advice and using oDesk.

What I learned during the hiring process was that clear communication is crucial with your prospective developer. You need to make sure you can completely understand one another (you’re both proficient in the same language and on the same page with app design, features, and function). There are a disturbing number of oDesk developers who can actually fake their way through the first interaction, coming across as smooth and polished. Finding an honest developer boils down to whether they can deliver results, so be sure to give them a small test or two before you commit to the project.

Chad and Charlie helped me a lot with marketing and monetizing. Some of the things I learned during this process I already knew (at least at some level), but Chad’s book and videos helped the strategy stick with me. The most important thing I’ve learned is that you can have an objectively amazing app, but if you don’t optimize its marketing channels (free, freemium, pro, etc.), your sales numbers will likely disappoint you.

My app is a meme creator called Memer. It allows users to create custom memes from more than 100 of the most popular templates, select from their personal photo gallery, or even create a meme on the spot using their iPhone’s camera. They can quickly caption the images and share their memes through email, text message, Facebook, Twitter, and Imgur.

Early on, we decided to create two different versions of the app: a free version with ads and a paid version with no ads ($0.99). 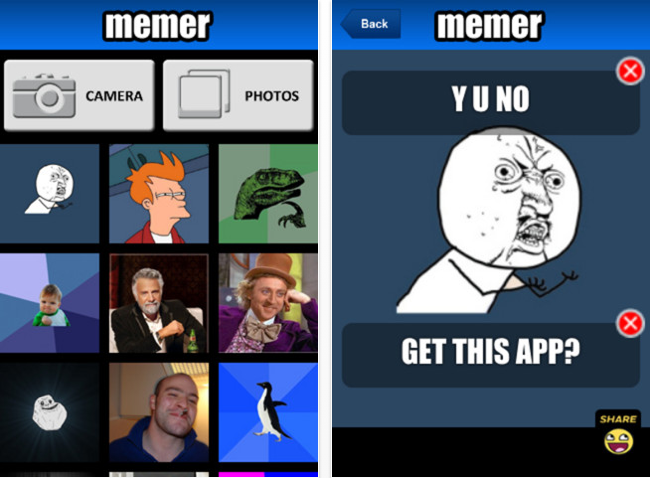 I truly loved working on this app and it was really exciting to see it go live on the App Store. I will do my best to make it succeed, knowing that simply releasing your app is not the end of this process. Marketing and monetizing is a continual process!

I must admit that my plans for my app business are different from Chad’s: I do not want this to become much bigger than me and (maybe) one other person. I also plan on creating apps that may or may not fit what the market wants. In other words, I intend to innovate when I can afford to do so. I call these “vanity apps,” because I’ll be making them simply because I enjoy the design process. But all this will come later, after I build a sturdy foundation for my app business.

This is a great and wondrous time, especially if you want to make apps. You have all the tools and advice that experienced developers can offer — it’s all you need to get started. This is a business that requires minimal initial capital. It can offer a lot in terms of creativity and fulfillment, and (hopefully) it can change your life if you stick with it.